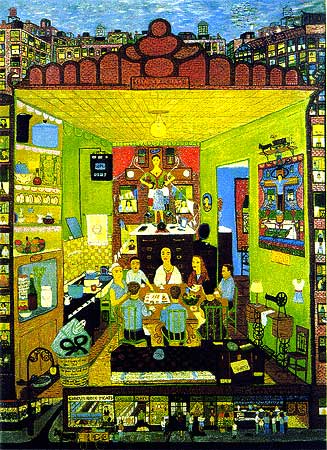 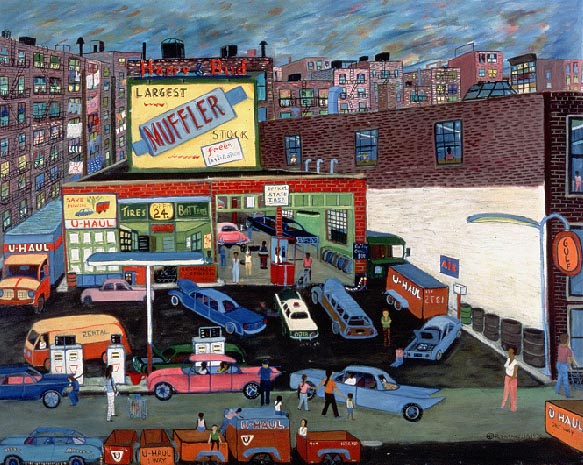 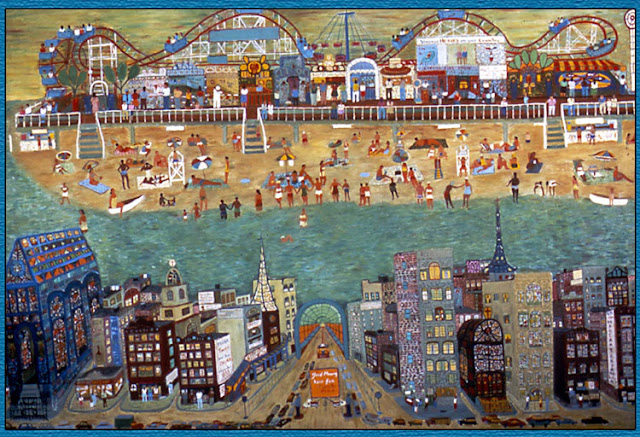 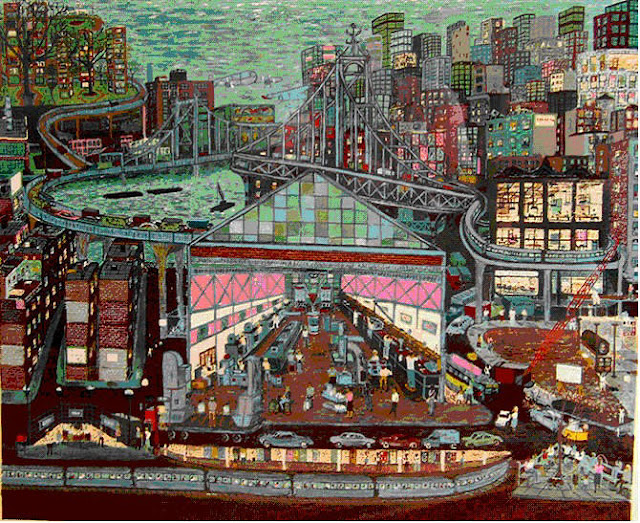 One of my outsider favourites is Ralph Fasanella. A self taught (naturally!) painter born to an immigrant Italian family in 1914. His father sold Ice from a horse drawn wagon and his mother worked drilling holes into buttons, not much scope for creativity there methinks!.He grew to be a union activist believing passionately in protecting the rights of the working man. Fasanella began painting as an exercise to combat arthritic pain in his fingers. As he gained confidence, he began to record the lives of the blue collar communities around him with great affection and honesty. He is not very well known which is a pity as his work is so full of integrity and truth. If art has a purpose, surely this is one of them! To give context to one's life and to process all the information that jostles about in one's head. Critics have argued that Fasanella's work is of sentimental nostalgia for a past that never really existed, So what? He recorded what mattered to him in a way that made sense to him, surely that is what matters?
Posted by bunnymazhari at 5:58:00 pm