Artists I don't love and why. Part II Gary Hume. 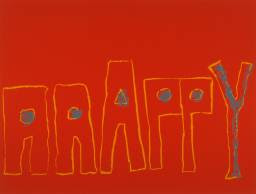 this artist comes from the same place as Gavin Turk. Another artist whose banality seems to go undetected no matter how obvious it gets. Gary was lucky enough to be painting life size portraits of doors (nothing wrong with that!), at the same time as Damien Hirst and the rest of the YBAs at Goldsmiths. He was lucky enough to have taken part in Frieze, and to have caught Saatchi's eye. But then what? Once he ran out of doors to paint he had to find something else to create without revealing his lack of artistic talent and complete absence of technical ability. So he was clever enough ( I said he was talentless not stupid!) to find stepping stones that kept him an art world darling. He resorted to painting very stylized images of b list celebrities, making simple sculptures and fighting artist block. Don't get me wrong, I would never suggest any of the artists I don't love are anything less than sincere. Their desperation to be taken seriously as artists is probably stronger than most. Deep inside they know they are rubbish and  their work is meaningless . It must be awful living with a terrible secret that could be found out at any minute. 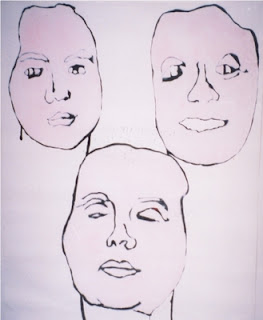 I place some of the blame on art schools. They no longer 'teach' art theory, perspective, composition or anything that could be taken as technique. It's all smoke and mirrors. The most successful are the ones who can mimic true art most convincingly. I am starting to sound like Brian Sewell but I won't apologise for that. You'd expect a writer to know the ABC wouldn't you? You'd expect him to have basic literacy skills? A writer wouldn't get very far with an 'impression' of a story. The same with musicians. A certain level of music theory is taken for granted. So why not art? I understand that an artist must be free to express him/herself without constraints. But surely you can only express yourself freely when you have a language! When you have the tools to give your ideas life. Instead we get the artists we deserve. Tongue-tied inarticulate painters producing meaningless banality. 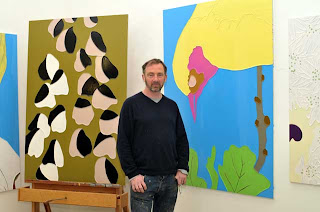 Maybe I'm wrong. Maybe I'm asking too much and being a backward-looking reactionary. maybe I shouldn't look for work that challenges me on more than a surface level. Maybe I'm wrong to want to look at art and think "wow! I wish I could do that!" To want to be in awe of the artist's eloquence and ability to realise his ideas.
The writer Julie Burchill once said fine art is the least moving of the arts, that music, theatre and film can move her to tears but a painting can't. Maybe she is looking at the wrong art, and the wrong artists. Art can and has moved me to tears, but most of those who do have been dead for a few centuries.
Posted by bunnymazhari at 5:01:00 pm