Five artists I don't love and why. Part I Gavin Turk

This article is a little more difficult to write, I am not a mean natured person and I don't like hurting people's feelings. But I want to be honest here! These are personal opinions based on my own taste more than anything. Artists like all creatives have big-egos, even the least successful and modest of them harbours a yearning to take over the world. Deep down they have a dangerous megalomaniacal hunger for recognition that has to be kept in check if only to avoid being sectioned. The lucky few attain success and get the attention they crave through sheer talent and hard work, with a bit of luck thrown in if only to place them in the right place at the right time. Others, get where they want to be through being blessed with the gift of tongues. They are blessed with the gift of artspeak! They are able to persuade an artistically illiterate public that they have something special, a shining, unique power to act as a conduit from the God of high art to the lowly, talent free masses. They are encouraged by dishonest critics who don't actually know what makes good art (not being artists themselves) Sometimes, these anointed ones really do have something, but more often than not it's just polished bullshit. It's this group that bring down the red mist over my eyes. I am not exaggerating my feelings. I am passionate about art, but I am just as passionate about hating crap!
Disclaimer: these opinions are my own, you may strongly disagree and this is your right. You may wish to show me the error of my ways and that is your right also.
There is no particular order for this group, I despise their work equally. 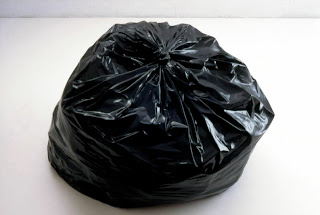 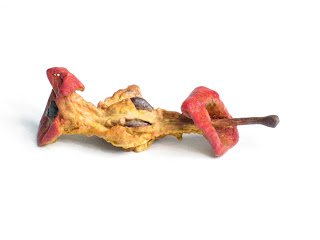 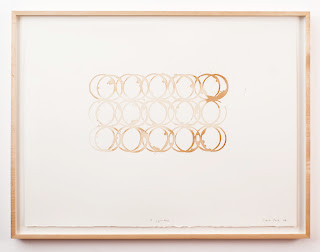 Mr Turk failed his Masters Degree at The Royal College Of Art because they appeared to recognise in him a bullshitter par excellence. And for once I agree with them. This 'artist' has based his entire career on one flimsy anorexic idea. He pinches from the genuinely, originally gifted and skims off the top. Now don't get me wrong, throughout history artists have advanced our aesthetic sense by stealing ideas and building on them. I am happy to admit to being a thief of this kind. But what Mr Turk does is exploit a work in a way that involves little input from him, and at the same time nicely hides his lack of ability. Where is the blood, sweat and tears? Where is the evidence of his inner struggle? When I see a piece of work I want to see a piece of the artists soul. Or is that an old fashioned idea now? Examples of his work are his horrible Sid Vicious sculpture, and his bronze cast crap like sleeping bags, apple cores and bin liners. Other 'gems' include framed bits of paper with stains from tea and coffee cups. The funny thing is, and possibly one redeeming factor is that he appears as baffled by his success as most honest art critics. Deep down I'm sure he's terrified that he'll wake up one morning and find that he's been unmasked. That his secret has been exposed. Till then he just can't believe how he manages to pull off this scam!
He says; "When I make art, it is part of a social contract, it's not something I'd do on a desert Island." Now personally, when I make art the last thing I'm thinking about is society at large. I make art because I am compelled to do so. I couldn't live without the means to express myself in some way. Most artists would say the same. But not our Gavin!
Maybe I am just jealous of his place in the artworld, of the respect and attention he receives, Maybe I should be happy that he has made such good use of his minuscule endowments. Saatchi really was his big break, and I guess if it hadn't been Gavin it would have been some other talentless but oh so desperately aspirational artist such as Blue curry or Roisin Byrne.
Have I been a little harsh? Maybe. I have never met Gavin Turk and never will. He may be the sweetest most genuine person you could ever meet but I just don't rate him as an artist. And that is the point of this post.
Posted by bunnymazhari at 4:37:00 pm