Life on Our Moon 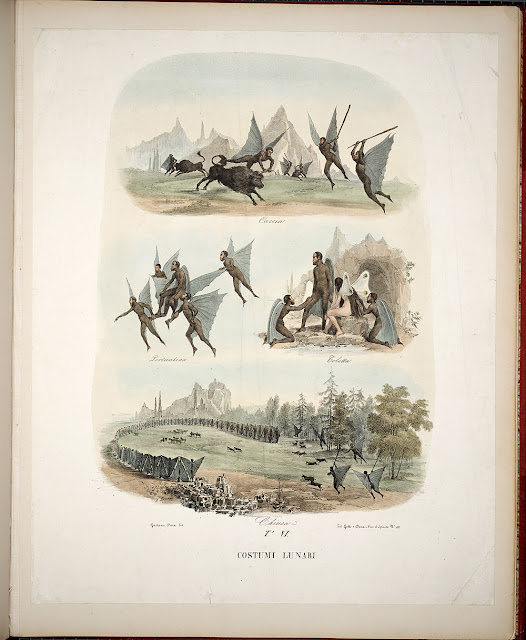 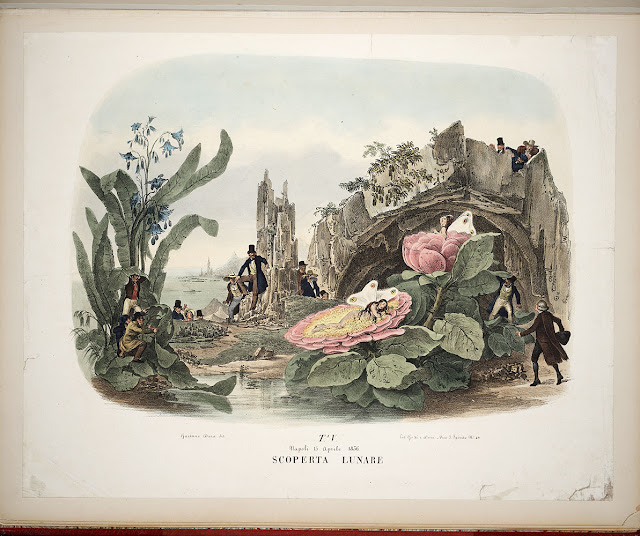 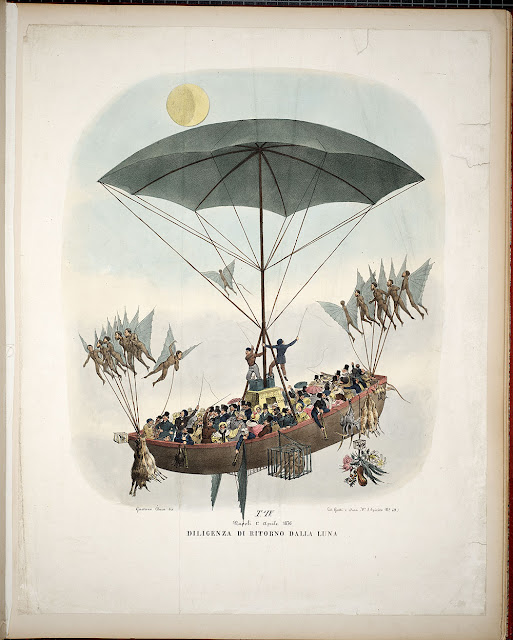 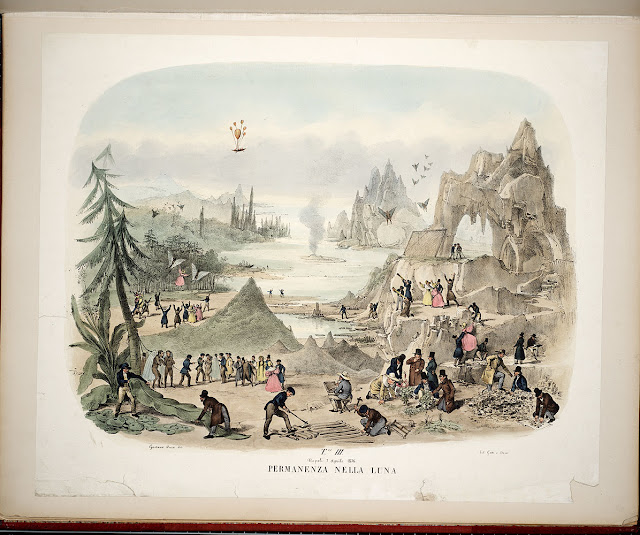 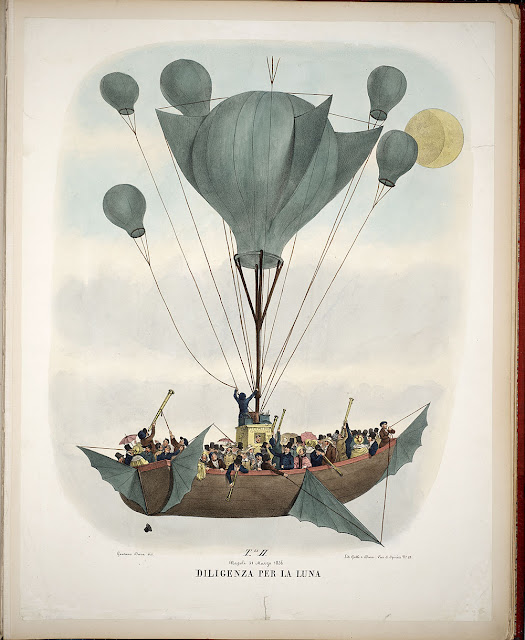 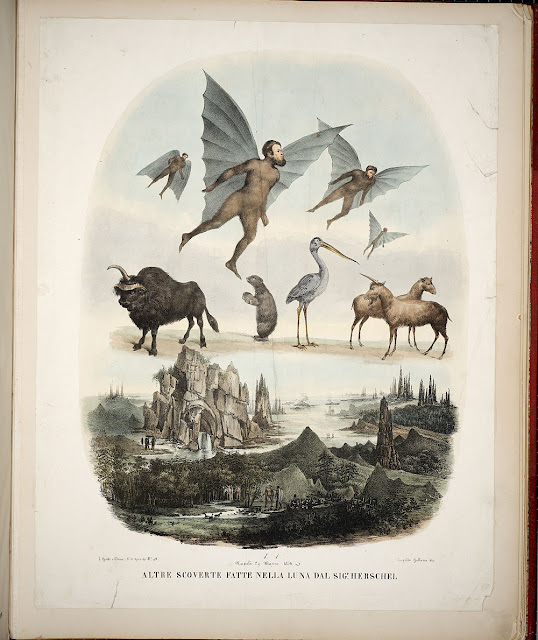 This portfolio of hand-tinted lithographs purports to illustrate the "discovery of life on the moon." In 1836, Richard E. Locke, writing for the New York Sun, claimed that the noted British astronomer Sir John Herschel had discovered life on the moon. Flora and fauna included bat-men, moon maidens (with luna-moth wings), moon bison, and other extravagant life forms. Locke proposed an expedition to the moon using a ship supported by hydrogen balloons. what an imagination, and of course they had to sex things up a little!
Posted by bunnymazhari at 6:59:00 pm